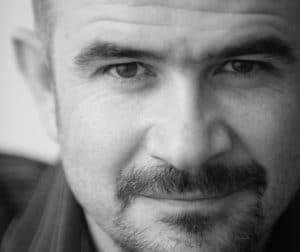 I’m not sure where to start really, I suppose it might be useful to ask the question “why did I think I needed CBD in my life?”

Well, I don’t recall thinking that I did actually but I do recall thinking that I was in physical pain every day in one form or another and I wasn’t happy about it. Don’t get me wrong, I wasn’t bed bound or struggling to get through the day, nothing that bad, It was just that 48 years of running around the planet at warp speed had taken its toll physically. I’m not the kind of person who can sit still you see, I’m always in search of an adventure, something, anything! (it turned out there was a very good reason for this, but we’ll come to that later).

My active life and my professional life as an actor had helped me amass a quite comprehensive selection of niggling injuries. Nothing too severe, but in combination, it was getting a bit much. The usual stuff – torn ankle ligaments, a couple of knee injuries, a shoulder “issue”, an upper back injury I acquired whilst playing golf drunk in my early twenties and, most recently, a thumb injury acquired whilst practising the gentle art of fly fishing. All of these in isolation could be annoying but not particularly debilitating, however, a flare-up of two or more on any particular day was starting to become problematic. I’m not ready to slow down just yet. So that’s what motivated me to contact my old friend Dylan Mortimer who, along with his partner Magdalena, launched Karma Coast in 2018. 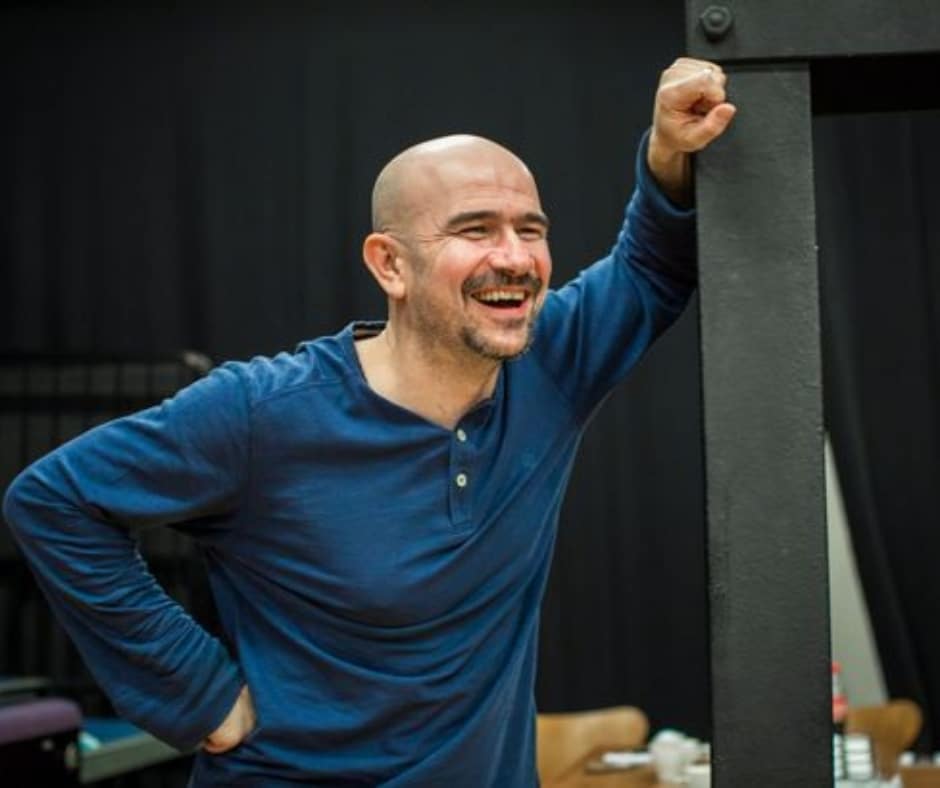 I have to say this wasn’t the first time I’d dipped my toe into the world of CBD. In 2017 I tried a few drops of a well-known brand and was surprised to find it did have an impact of sorts. Buoyed by my success but put off by the price, I promptly ordered a cheap bottle of CBD drops from eBay in order to continue my experiment…It’s fair to say that didn’t work out. So I put the CBD idea to bed for a few years and at the same time satisfied my inner cynic.

Fast forward to 2020 and, after a few messages and a call which I would describe as 0% sales 100% consultation, I thought why not? Dylan was clearly very passionate about the role CBD had played in his life and, as a friend of his and his family for somewhere north of twenty years, I certainly trusted him. In any case, I knew where he lived so I could always go round and egg his house.

Full disclosure – I am a sceptic and I also think I’m funny. Not a full-time ‘there’s no point in any of it I’ll just sit here and scoff at the world’ kind of sceptic, just one that thinks, where there’s money involved, that’s probably going to be the primary motive.

On Dylan’s advice, I started with the 1200mg CBD drops and a CBD Vape and I have to say it had an almost immediate effect. I was really quite surprised.

A few drops of the oil under my tongue and then an hour later a few draws on the vape seriously reduced the pain in my thumb and my upper back – the two niggles that just happened to be playing up that day. Though still a little sceptical I reported the outcome to my long-suffering wife. I informed her I would keep her up to speed with any and all developments during my CBD experiment as I thought it may be relevant to her and her peculiar neck. I could tell by her face she was thrilled.

After a week or so the first conclusion I could draw was that, in my case, CBD definitely helps with pain. I can say that with 100% certainty. Over the years I have been prescribed various medications to help with injuries here and there and I’ve also tried the usual over the counter anti-inflammatories and analgesics. CBD is as good as, if not better than most of them for relieving pain. My pain anyway.

So for me, the choice was a simple one, Do I want to go to the doctors and be prescribed painkillers, some of which are addictive, cause ulcers etc whenever I needed to manage my comprehensive list of well-earned injuries or do I want to use a 100% organic plant extract….for me, the choice was an even simpler one as I’d already decided that the prescription pain killer option was not for me years ago.

Big tick number one for CBD 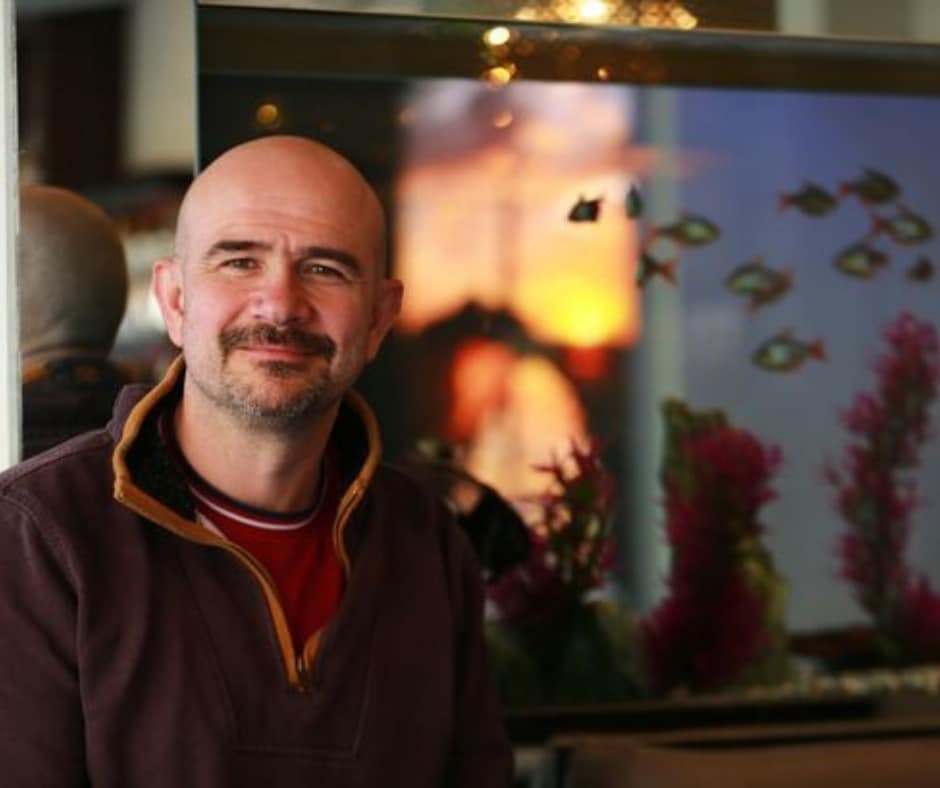 Then something really interesting happened – something which convinced me there was no placebo effect going on here. As I touched on earlier, I am incapable of sitting still and I was diagnosed with ADHD in my early forties. But at no point did I start this journey with the intention of treating that. I’d tried the standard treatment, methylphenidate, for a short while and rapidly came to the conclusion that this also was not for me! I was happy to take the rough with the smooth as far as ADHD went – flashes of creative genius (and modesty) coupled with an inability to accept that anything not happening right now could possibly have any relevance. Hunter not farmer. From being able to remember 20,000 plus words in their exact order including punctuation to wondering why I am stood in this shop? Worse still where are my keys? Did I leave them in the shop? Is that why I’m in the shop? That reminds me I must fill in my tax return…

You get the idea

So methylphenidate, whilst good for negating the negatives, also robs you of the good bits. My career, my livelihood, relies on the good bits! It’s also an addictive controlled drug. No thanks. I found, completely to my surprise, that CBD had a pretty good go at some (not all) of the negative aspects of ADHD whilst leaving all of the good bits in place. I felt I had more time, there were still the same number of hours in the day but things weren’t quite as rushed.

One negative that ADHD brings, and I suppose this might be what most people would think of as “classic ADHD”, is a genuine feeling of extreme discomfort and a desire to escape when faced with the mundane – that tax return I’ll do on the 364th day of the 365 days in a tax year for example. It manifests physically as well, stomach pain, pins and needles in my fingertips. I’m not exaggerating, every bit of my being tries its best to persuade me to go and do something else. Anything else.

I found quite by accident that if I used the vape in situations such as this it helps enormously. I’m not saying I suddenly relish the idea of filing my tax return, no I most certainly am not, but it does allow me to think (I imagine) how other people think – that i just have to do it, and I can sit, calm and focused and methodically go through the process with the understanding that this is a means to an end. Not an approach usually associated with ADHD’ers.

So in short, I think it’s fair to say that CBD has had a very positive impact on my life. I’m not a doctor (you probably guessed) and I’m not saying CBD is a cure-all and we can all live our lives prescription free, no I’m not saying that. What I am saying is, that if like me you’ve decided you don’t want to routinely use prescription medications, for whatever reason, it might just work for you.

Oh, it also really helps with dissociative disorders but we’ll save that for another time.