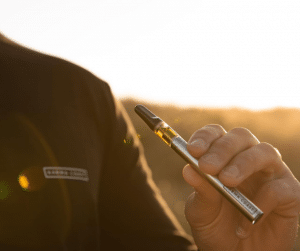 In February 2020, I hit rock bottom. I found myself in a position where I wasn’t able to move around my house, let alone succeed at work. I didn’t want to be alive again. I took a week off work at the advice of my doctor. I was once again told I was at the point where I needed to take medication for my mental health. Twenty-four hours later, I binned them all.

I began using Karma Coast products shortly after. I started by simply taking 600mg oil, two drops twice daily, and quickly realised their impact on my ability to self-regulate. I felt physically different at first. I felt slightly closer to being myself again. There was a point in that first morning of consumption where I noticed I was experiencing things emotionally different to before. It was like my ability to feel broadened. It was previously just darkness and more darkness, but now there was this tinge of light coming through. It was the start of the road. I went back to Dylan at the market within a week and asked for the next steps. I needed more of this. This was going to work. He suggested I try the Karma pen. 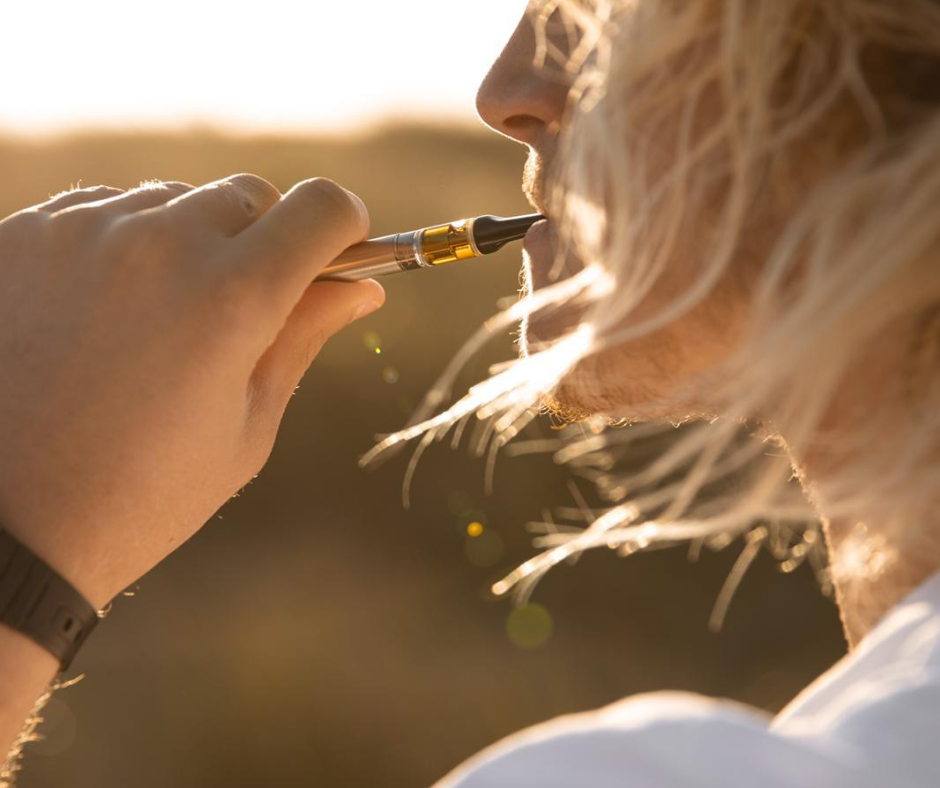 I was hesitant. Having never smoked and detested those grenade-looking sickly fruit smelling vapes, I was more than reluctant. I was assured that this product is absolutely nothing like the aforementioned. Dylan is incredible. I found more wisdom there that day than I had encountered in years. Arguably ever. ‘Lasting change happens slowly’, he said to me once, at a later date. That has stuck with me. I feel so lucky to have met both him and Magda. I owe them everything. I can genuinely say this particular product has changed my life, and I couldn’t nor wouldn’t go without it now. I’ve pretty much had every strand of the deluxe pen. Simply put, it’s the single biggest positive well-being influence on my life today.

I love Sativa dominant strains during the day, in the car, most often on the way to work. Bhutan is incredible, as is Lemon Crush. There’s no simple way of expressing how it makes me feel uplifted, focused, motivated, confident, calm, myself. When trying to relax and settle in the evening, an Indica strain is my preferred choice. Painted Lady is excellent. They all are. I can confidently say there hasn’t been a strain I’ve not felt some sort of benefit from consuming. Read the strain profiles on the website and experiment as to what works best for you and when. That is key.

I like keeping at least a couple of fully charged pens with different strains attached on my person at all times. It’s a comfort blanket of sorts. I can’t go anywhere without them. My job doesn’t allow for use throughout the day though. It’s the only issue I’ve got, really. I’ve tried with capsules through the day as a substitute, but the release of CBD is much slower

than with the pens; therefore, it’s not a fit for purpose replacement. The positive thing here is that my newfound Karma routine has gotten me to a position whereby I can manage without through the day, in those specific hours where I can’t use the pens. 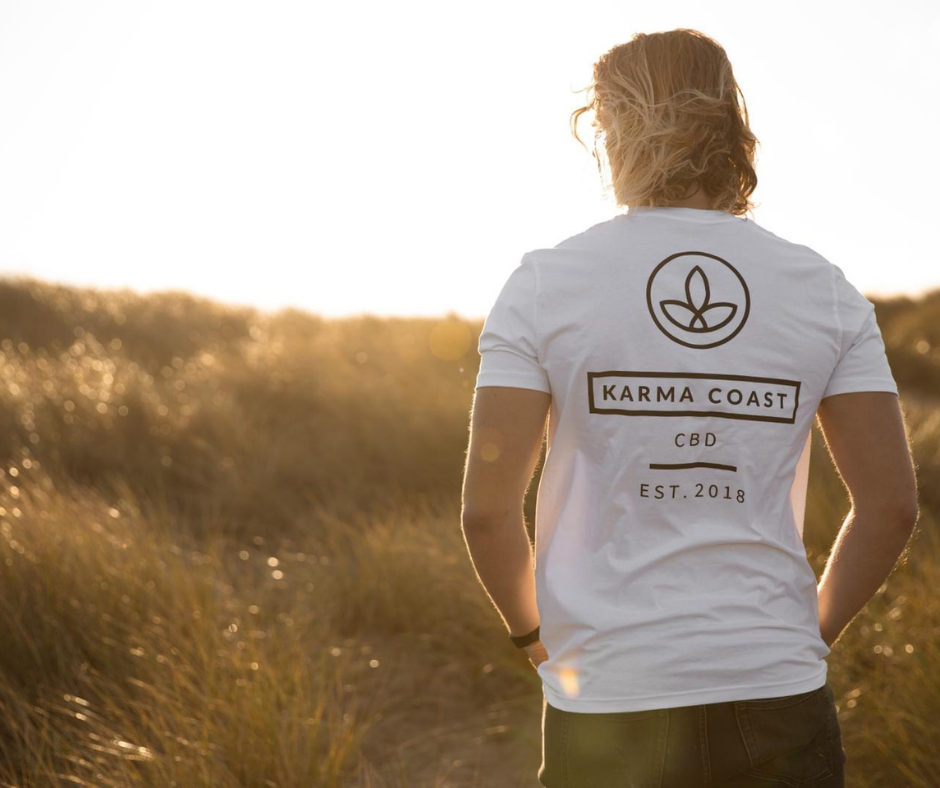 The use of CBD before bed has all but eradicated 10-15 years worth of sleep issues. It’s incredible to find myself even saying that. Sleep is so important. I had previously tried every recommended strategy in the book. Nothing worked. Some do now, alongside CBD, though. I was notorious for battling on with 2-4 hours sleep a night and then crashing for 12+ hours once every couple of months. An awful position to be in. It’s such a lonely time during the night when you can’t sleep. A time where your support network is at its thinnest. A time where your anxiety eats away at you. For me, it specifically became a time where I strongly believe I developed many of the OCD traits I battle with now as an adult. Not only is Karma Coast CBD tea incredibly effective, but it also tastes amazing. Comforting. Not quite as intense as adding powdered root of asphodel to an infusion of wormwood, but depending on how long you brew it, possibly not far off, but in the best way imaginable.

The majority of my OCD symptoms are fairly mild and to be honest. I’ve purposely done very little research to support my understanding of them, as this ‘diagnosis’ only occurred 18 months ago, and I’ve been labelled many different things over the years, or pigeonholed is more how I’ve felt. When I was previously medicated for depression, I was told it would take me four years to come off the tablets due to the significant dosage I was consuming. I came off them immediately with little to no side effects. I struggle, in good conscience, to advise friends to go down the medication route. I see what it does to you. The fragments of your soul disappearing into the abyss. They don’t fix anything at all. You’re sold a lie. Become a target met. A number in an ever-increasing system. I feel let down as a result of how my medication was managed. I became zombified. Had I not had this experience, things might be different. CBD isn’t directly going to fix you either, don’t get it twisted, but wow, it allows you to feel again. It gives you that super strength needed to drag the giant black shadow around with you at work. It gives you the brain capacity to problem solve. It gives you that ability to be the version of yourself you choose to present.

It has taken me months to start writing this. I have lost count of the number of times I’ve tried to start writing, became immersed by the hurricane of anxious, obsessive thoughts that often plague my existence, put my iPad down and walked away. I’ve spent the majority of my adult life struggling to fit in, confused by the way I felt in social situations. Witnessing a majority seemingly having the time of their lives whilst I stood silently carrying the overwhelming weight of every possible decision I would have to make over the coming hours, strapped to my chest like a bomb with no ability to disarm. Confidence beyond belief playing sport. The comfort and confidence I experience at work is often a facade, an act, a show, a one-man band, drained lifeless as soon as I come off the proverbial stage and dress back down into my real clothes.

I’m now heading towards two years sober again, having done three years before a short relapse. I was using alcohol as a coping strategy. Pain relief, a dumfounded anti-inflammatory and antidepressants rolled into a litre of whiskey. Not sustainable at all. It started as a result of a couple of operations to salvage what was left of my ankle after countless sports-related injuries, both in terms of the lead up to the operations, sat around in a cast for months on end waiting, or the period of being all but incapacitated for weeks after, before rehabilitation could even begin. There’s nothing but feeling sorry for yourself in those times. You take whatever you can to cope. The surgeon told me of my second ankle operation that I ‘would never do physical activity again. Over the past ten or so years, I have cycled, swam, played football and cricket to a variety of standards and successes, albeit much to the detriment of my body. I have recently taken up golf to limited success and slow progress, but I won’t be beaten.

My arthritic joints are eased significantly through CBD use. I experience much less swelling and pain now. I move more freely and easily. I get out of bed easier in the morning, perform all day at work, on my feet constantly, and have begun to run on a treadmill again. Karma Coast also offers CBD in balm form. I can’t even begin to describe this product. How it works, I have no idea. Use this balm to melt away physical pain. Trust me. Within minutes of a thin application, you’re pain-free. It blows my mind a little bit. It also smells incredible; side-note. 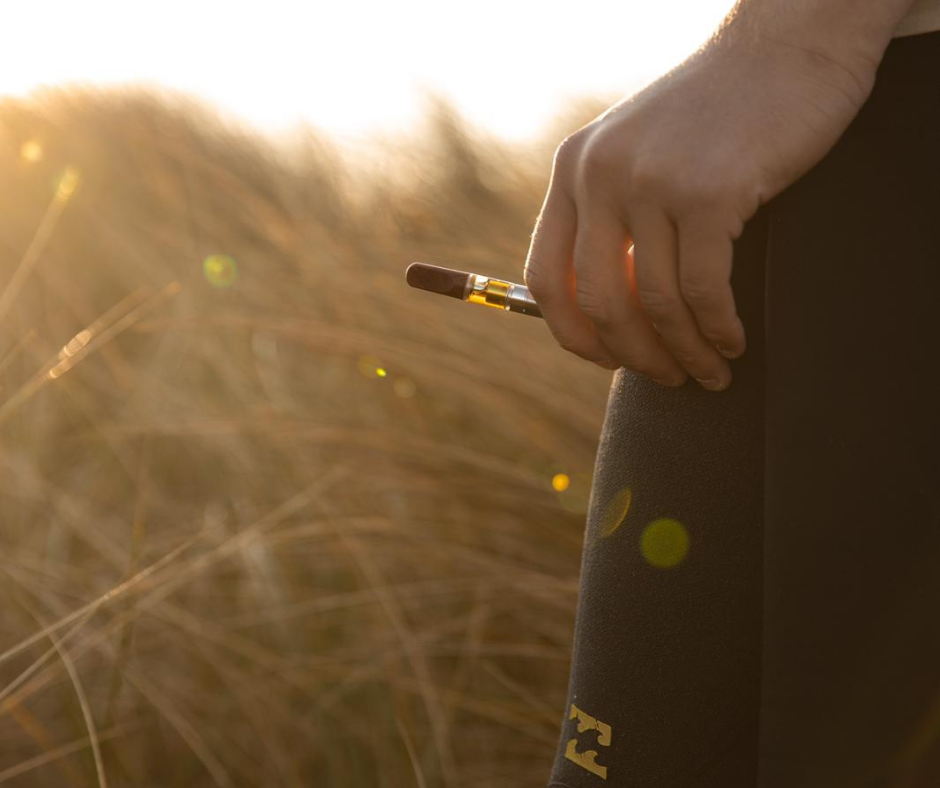 Additionally, I’ve started giving my dog CBD too. 600mg oil, one drop, twice a day. She loves it. After having an operation as a result of hip dysplasia, she became slower, and her mobility suffered. We tried other products to help with this, but nothing has had as great an impact as CBD. She now flies around the garden daily, barely suffering from her arthritis. There is also a noticeable calmness now around bonfire night (or just any old Thursday for some people, it seems) where she would previously cower in a corner in the house as a result of the noise from fireworks.

I thought Karma Coast might be a couple of months worth of consumption, and if I were lucky, I’d feel slightly more human. Instead, using a combination of their incredible products has allowed me to be free of my demons. I have recently secured a permanent contract in a different place of work in which I love. I feel passionate about things again, motivated, determined. I’ve found value in my life again. It cuts me deep to think I was in a place where I wanted to take my own life. I’ve written the best part of 2000 words here and barely scratched the surface of my mental or physical difficulties over the past ten years or so. Nothing worked. Nothing helped. Until this point. These products work.

These products will change your life. I can’t thank Karma Coast enough. You saved mine. 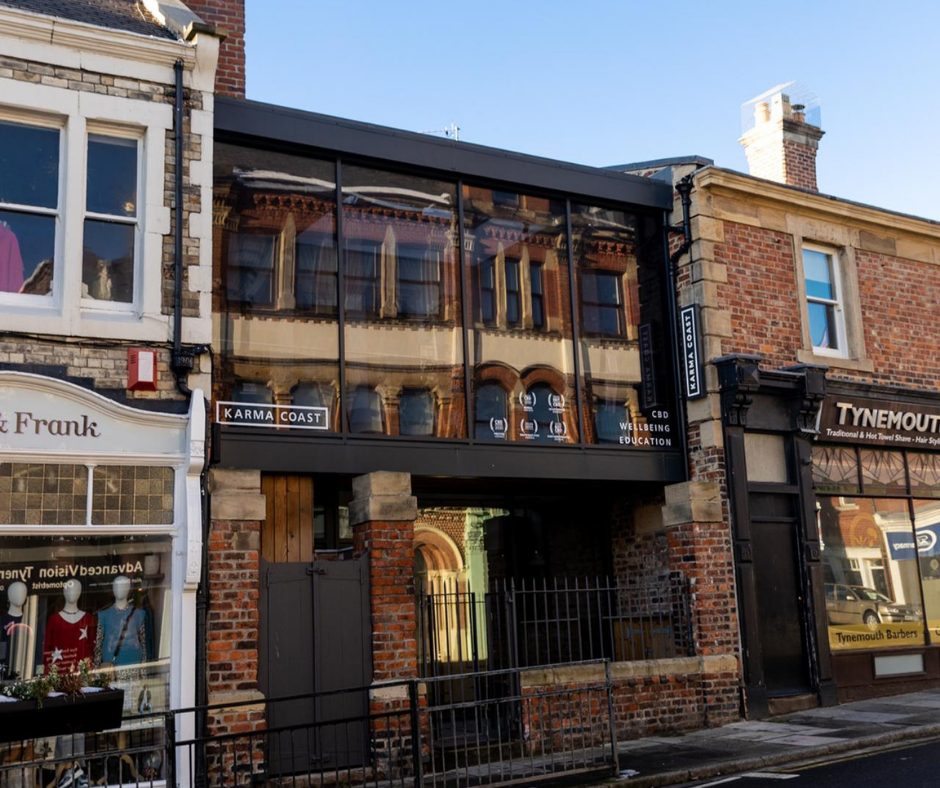